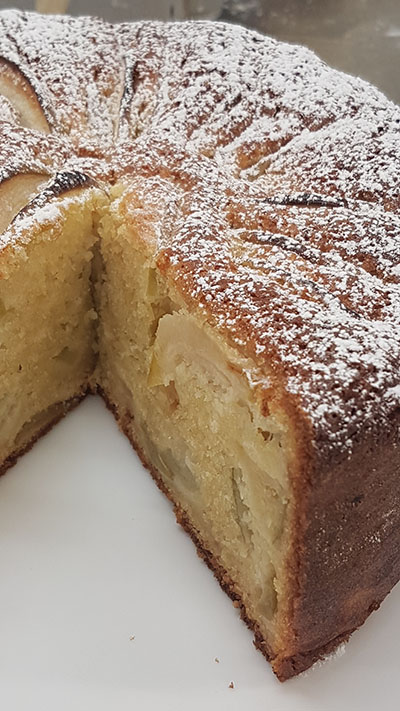 On my way home I pass a tree. Needless to say, I pass several trees on the journey, but there is a particular one that has been standing out to me recently. I have been watching it over the last few months as the branches have gone from barren, through their bright green phase, into their show-off period when they were flush with flowers, and now they are laden with fruit. Apples to be precise, what sort of apples they are I have no idea (other than red ones), but I can adamantly confirm that they are apples.

I grew up calling an apple a fruit thinking that that was the end of the story, it turns out that they are a pome. Calling them a fruit is like calling them food – true enough, but not clearly defined. But then, I also grew up calling a banana a fruit and knowing tomatoes as a vegetable only to find out that they are both, technically, a berry. Ok… tomatoes as a berry I can get my head around - it’s kind of like an overgrown redcurrant that’s let itself go - but a banana being a berry? That’s taken a lot more to come to terms with. Don’t even get me started on strawberries, blackberries, and raspberries not actually being berries while a watermelon is. This, in a nutshell*, is why I never really did well at botany.
(*Not a walnut or peanut shell clearly, because one’s a seed and the other a legume. ARRRGH!)

But I digress. Apples.

There is such a variety of apples available that it can be confusing. Each apple coming with its own taste, fans, detractors, and best use. Some are sweet while others make the eater's face scrunch and pucker. There are the crisp, juicy ones and the more floury, softer ones. No matter what variety you choose they are all able to be cooked, the question is whether you want them to hold their shape or not.  When making an apple sauce, you generally want them to cook down, when making a tarte tatin (the pastry pizza thing that’s cooked upside down) you want and need them to hold their shape. Having said that though, if you want to make an apple sauce that’s might end up a bit lumpier because you prefer the flavour a specific apple – great! Go for it. If your tarte tatin topping is a little more purée than pieces but the taste is what you like – no problems! Serve it with ice-cream and whoever complains about it can do the dishes this time and do the cooking next time.

Here is a recipe that will work with any apple you prefer, keeps well and is, as one person that was eating a hefty mouthful put it “ffmmmrrrrpnnngggggddddd” which, given by the double thumbs up and the speed with which the slice of cake disappeared, I have to assume  translates as something like “very tasty”.

This is as easy as a cake recipe gets – whisk, mix, pour. You can make it more complicated if you want to by separating the eggs and whisking the whites separately before folding them into the final mixture but … why bother? This recipe works great and if the amount of apple is a little different, it doesn’t matter.

In case you’re wondering the name translates as ‘cake of apple’. Nothing secret of special in the name, but a quick, simple and, most importantly, tasty addition to any recipe collection.